November 25th is the International Day for the Elimination of Violence Against Women and people around the world will come together to commemorate and address this issue on a global scale.

The day was first recognized in 1999 when the United Nations General Assembly passed the resolution, introduced by the Dominican Republic, designating November 25th as International Day for the Elimination of Violence Against Women. However, the United Nations (UN) was not the first to do this. Women in Latin America and the Caribbean have been honouring the day since 1981. The reason for the day was to mark the anniversary of three women political activists who were assassinated in the Dominican Republic on November 25th 1960 for opposing the regime of dictator Rafael Trujillo.

The UN officially recognized the date on February 7th 2000, and the United Nations General Assembly encouraged organizations around the world to raise awareness yearly on the date.

Unlike an illness or disease which groups of people have no control over, ending violence against women is a movement that everyone can bring awareness to. Tragedies like the 1989 École Polytechnique Massacre, where a man killed 14 women in a Montreal university should never happen. As a society, we should bring awareness and support initiatives such as The Spotlight Initiative, so history doesn’t repeat itself.

Elpizo offers a wide range of services for women who have recently or in their past experienced violence and sexual violence. We provide comprehensive counselling and therapy solutions such as Rapid Resolution Therapy that will eliminate emotional and behavioural difficulties. These options are offered online and in-person, and with all our therapeutic options, we work with you to make sure you get the treatment you need. 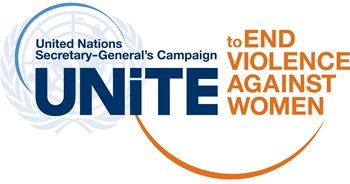 The 16 Days of Activism against gender-based violence is an international campaign that takes place every year. It runs from November 25, which is the International Day for the Elimination of Violence Against Women, to December 10th, Human Rights Day.

Launched in 2008, the UNiTE Campaign aims to prevent and eliminate violence against women and girls around the world. This is done by calling on governments, civil society, women’s organizations, young people, the private sector, the media and the entire UN system to join forces in addressing and fighting against the global pandemic of violence against women and girls.

COVID-19, the quarantine, lockdowns, and social isolation have negatively influenced mental health and increased risks of family violence and conflict. It is a critical time for women being affected by gender-based violence.

From November 25 to December 10, the UN’s System’s 16-Day Activism against gender-based violence is taking place under the 2020 global theme: “ Orange the World: Fund, Respond, Prevent, Collect!”

The main principles of the UNiTE Campaign Advocacy are:

In order to support and be a part of the change, join UNiTE on The 16 Days of Activism and help speak out, unite with partners around the world, reflect on what we can all do in our own communities to eliminate violence faced by young girls, women, and the LGBTQ2 community. Start conversations on social media and become an ally by listening, believing, speaking out, intervening, and acting on what is going on and how you can help.

If you would like to learn more about International Day for the Elimination of Violence Against Women and current UN efforts to fight violence against women, click here.

We are dedicated to excellence, and to helping people achieve their highest outcome. We use extensive, state of the art tools including psychometric assessments, and therapeutic models such as Rapid Resolution Therapy (RRT)